The Lowdown on Sugar in Fruit

Is sugar from natural sources such as fruit the same thing as added sugar found in most desserts?

Is it equally as "bad for you" as refined sugar?

Will consuming fructose (sugar found in fruit) cause fat gain?

These are common questions I get asked in

regards to my propensity to include high

amounts of fruit in my diet during the

off-season as a source of carbohydrates.

I briefly addressed this topic in my most recent video at the 4:20 mark. This post assumes the reader already understands the negative effects of added sugar on one's health and focuses more so on whether or not Fructose found in fruit can be considered equally as detrimental to your health.

So right off the bat, when we refer to "macros" we are referring to the three macronutrients namely: protein, fat, and carbohydrates! According to the fundamental principals of flexible dieting and IIFYM, only the overall number of carbohydrates needs to be accounted for in order to lose/gain weight (whatever your goal may be). This is entirely accurate in my opinion and for the most part if your goals are simply to grow muscle/lose fat, counting your overall carbohydrate intake is sufficient. However, if you start to get more granular with how you perceive carbohydrates, both from a health standpoint in addition to gaining/losing weight, you start to understand that not all carbohydrates are created equally.

"Sugar" typically refers to sweet, short-chained carbohydrates. By this I mean monosaccharides and disaccharides where "mono" means one and "di" means two. This is referring to the number of sugar molecules which are connected to each other to form the carbohydrate (see below).

Glucose is pretty much the most important sugar found in your body. Your body ingests this either in it's natural form or creates it from other sugars (Fructose is converted into Glucose in the liver). In addition, your body can generate Glucose from non-carbohydrate sources during times of carbohydrate/calorie depletion. This is how your body is able to generate energy from burning fat or potentially even muscle. This is called Gluconeogenesis which can be interpreted as "GLUCO" and "GENESIS" because it generates glucose, and "NEO" because it utilizes new, non-carbohydrate sources.Fructose is a sugar very similar to Glucose, but commonly found in fruit. Sucrose, is a disaccharide composed of Glucose and Fructose joined at the sides. Although Sucrose is found naturally (usually 50:50 in fruit with the other 50% coming from Fructose), it is often refined from things like Sugar Cane and used as an added sweetener, thus coining the term . This is very problematic because the refining process used involves bleaching and crystillization which often leaves the end product entirely devoid of all micronutrients (vitamins and minerals). You're essentially left with a lump of sweet carbohydrates which aside from giving you a quick "sugar rush" of energy, do nothing else.

Although Fructose is technically a sugar as well, it is almost unfair to lump it in with added Sucrose and simply label it as "unhealthy" due to these reasons:

1. Fruits are filled with additional nutrients which make it a positive effect on your health. This refers to vitamins, minerals, and fiber, all of which are unfortunately lacking in the general population's diet.

2. Most fruits are surprisingly low on the Glycemic Index, indicating that they do not cause significant spike in insulin, unlike added sugar which is known for giving you a "sugar rush" and subsequent "sugar crash". This often leads to increased appetite after your body quickly releases insulin which decreases blood glucose levels, thus making you hungry again not too long after. This is not the case with lower GI foods where you get a timed release of energy/insulin keeping you feeling satiated longer.

3. Although there is a connotation that consuming excess fructose will lead to your liver immediately converting it to triglycerides and thus making you fat, this is still controversial. In addition, according to an article on BodyRecomposition.com by Lyle MacDonald:

"It would take an absurd amount of say, fruit, to provide enough fructose to the diet to cause problems. The liver can generally handle approximately 50 grams of fructose or so before you start to see conversion to triglycerides or other negatives (when you divide the studies up into those that find problems versus those that don’t, 50 g/day is about where the cutoff occurs). While that intake level might be easily achievable by someone consuming a lot of sugary soda, given that an average piece of fruit is roughly 7% fructose (e.g. 7 grams fructose per 100 grams of fruit), well..that’s a lot of fruit (~7 average pieces per day)"

Following this reasoning, for me to start synthesizing triglycerides from Fructose, I would have to consume >50g of fructose per day and just for reference, the fruit salad pictured above (2 bananas, 1 orange, and 1 apple) only contains 25g of fructose. For me to hit this "turning point" of 50g, I would have to consume 8 pieces of fruit per day. This is not absurd, but that is already the top end of the daily recommended intake range of fruits and vegetables per day as set forth by Health Canada (5-8 servings), and as well all know most people are unfortunately not even getting half that.

In conclusion, although increased sugar consumption is problematic and a point of concern for some, I doubt fruit is part of the problem. Cutting out bullshit food like donuts, cookies, candy, and soda will do so much more good for your body than cutting out fruit. So shut up and eat an apple :) 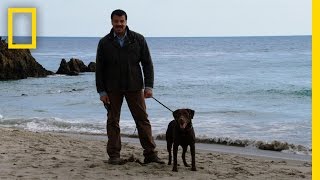 How to Track Your Weight

The Lowdown on Sugar in Fruit